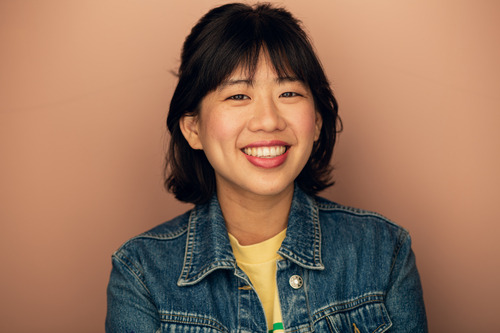 Hi! My name is Juliette and I am passionate about sharing my knowledge with others and building community in order to achieve collective success, which is why I love being a part of the Career ACTivate team.

I’m a New York based actor, originally from Los Angeles, CA. I was always a creative kid, writing short stories, designing pins and stickers, and making stop-motion animations. I spent the early years of my life watching my parents, who were immigrant entrepreneurs from Hong Kong and Taiwan, build their own businesses and learning from their entrepreneurial mindset.

I went on to study at the University of Southern California in the Business & Cinematic Arts Program (same as Jona!) and worked at a startup in business operations and strategy. After a couple years, I did the scariest thing I could imagine, and took a leap of faith to pursue an artistic career. I wasn’t sure what I wanted to do, but I realized that I deserved to take a chance on myself and live a more creative and fulfilling life.

In 2021, I took my first acting class and fell in love. A couple months into acting, I dove into Career Activate as an Elite Client, knowing that understanding the business would be equally as important as honing my craft.

In the short period of time that followed, I had some amazing success, including being cast in my first play at the Hollywood Fringe Festival, as the strong, witty and resilient female lead. Our play was nominated for Best Drama and I parlayed that success into securing my first manager in Los Angeles/New York – all within 6 months of acting!  Also, I got direct bookings using the authentic networking strategies I learned through Career ACTivate.

I then secured a referral to Atlas Talent for voice over before I eventually signed across the board with Stewart Talent here in New York, all with the guidance of Career ACTivate.

Outside of acting, you can find me reading, going on bike rides, adventuring throughout New York, and listening to BTS.